The Harm in Illegal Downloading

Some ideas are obviously bad: don’t hang around a website called the Pirate Bay when you’re at work, for example. But on your own time (and computer), you can easily stray into grey and not-so-grey areas. You really want to see that episode of Game of Thrones everyone’s talking about, but you don’t have HBO. The documentary you want to watch isn’t available on Netflix, but there is a site where you can watch it and it’s “100% legal!” If you’re not sure, best to stay out, because illegal downloads are damaging in more ways than one.

The government can’t spend its time going after every person who’s downloading the occasional movie or game, but if your address – IP or real world – becomes associated with a lot of illegal activity in reception or distribution, you could find yourself on the wrong end of a visit from the police. Last year saw quite a few prosecutions for copyright theft, including a prison sentence of more than 17 years handed down to a group of five young men who posted movies, including Argo and The Avengers, in several download forums. You may have the computer memory to accommodate all your downloaded films, but you may not have the legal right.

And if law enforcement isn’t looking at you, copyright owners might be. Sky Sports is particularly keen on monitoring, and at least three pubs were heavily fined in 2015 for showing sports without the proper subscription – one supervisor had to pay more than £22,000. 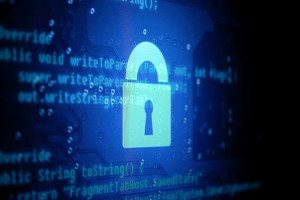 The Federation Against Copyright Theft (FACT) is a group of member organisations that works with HM Revenue & Customs and the police, among other governmental agencies, and have been at the forefront of many prosecutions. FACT recommend using findanyfilm.com if you’re looking to stream entertainment and want to be sure it’s legal.

On the home-use level, illegal downloading or even visiting a suspect website can come with malware and viruses that wreak havoc on your computer, requiring a lot of your time or money (or both) to fix. By visiting some sites, you might even get a pop-up message stating that your computer has been locked due to illegal activity – these messages are called police trojans, and they are themselves malware. They can exploit vulnerabilities in your system even if you’re on them for only a moment.

A few old adages apply here: be on the safe side, and if it sounds too good to be true, it probably is.

For optimal viewing of all your perfectly legal downloads and streamed content, let Offtek provide you with computer memory upgrades.

Chris's engineering degree has brought his exceptional technical knowledge to the world of memory and anything computer related. Our resident expert of the team loves nothing more then getting his teeth into the technical nitty gritty. Yawn, yawn I hear you all say. Loves to game (can do a 360 no scope headshot!) - Once met Kylie Minogue - Is campaigning for our next premises to be closer to that famous Scottish restaurant (McDonalds). Email - chris.c@offtek.co.uk
Previous: The Portal Opens on Virtual Reality
Next: DDR4 Server RAM Will Put You Ahead of the Curve