DDR4 Server RAM Will Put You Ahead of the Curve

If anything can benefit from DDR4 RAM, it’s a server. Even now, servers tend to plod along, having favoured density over speed. But in late 2014, the possibilities for speed went up, way up, after the introduction of DDR4. If you are considering the purchase of a server and want DDR4 capability, look no further than HP-Compaq’s Gen9 series.

IT Pro magazine had good things to say about the improvements that were made to this generation over the Gen8 models. In particular, it praised the ML150 as being perfect for small and medium-size businesses – the base model is affordable but provides plenty of room to grow in storage and RAM. The series also features Active Intelligent Provisioning, a tool that makes it easy to install your server operating system and have it running in no time, and a controller system that makes for easy remote monitoring of many functions. 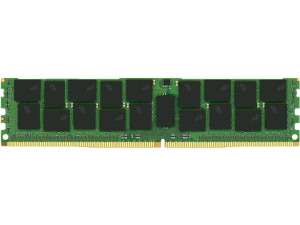 Those who have already adopted an HP-Compaq Gen9 model are familiar with its gifts, but some might wonder whether it’s really worth investing in a DDR4-capable server. While personal computers are still not begging for the next generation of RAM, servers have some characteristics that make DDR4 a welcome relief. If you haven’t purchased a server before, you might be surprised by how hot the room gets where you run it and by the amount of energy it eats up. They always come with fans, but you also need to make sure that the room it lives in is kept cool. DDR4 generates less heat because it uses less power, so you’ll be saving on both.

Between the ProLiant Gen9 and DDR4 RAM, you will be well prepared as your business grows.

Previous: The Harm in Illegal Downloading
Next: Skylake Will Bring DDR4 to the Mainstream