Home / Help/FAQ / Remember To Ground Yourself When Installing RAM

Remember To Ground Yourself When Installing RAM

Installing new RAM is a relatively simple process that most people can do themselves, without the need for a professional computer repair/upgrade company. After opening the case to your desktop or laptop, unlock the RAM by pressing down on the latches (usually located on the sides of the memory), at which point it should pull right out of the slot. Before placing the new RAM in its place, however, you must remember to ground yourself. 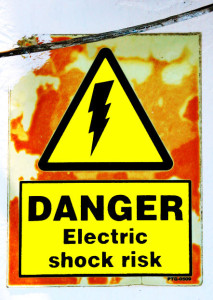 Importance of Grounding Yourself

Static electricity is all around us, and it’s not uncommon for our bodies to catch a charge. If you slide across hardwood floors in socks, for instance, you may notice a slight shock the next time you touch a doorknob. The friction led to a buildup of static electricity, which was subsequently discharged when you touched the metal doorknob.

Normally, static electricity poses little-to-no harm. Our bodies are quite capable of holding and discharging small amounts of electricity without any ill side effects. When these same small amounts of electricity are discharged on delicate components, though, it may cause critical damage by frying them. Whether it’s a processor, graphics card, motherboard, or RAM, you need to use extra caution when handling these components to reduce the risk of electrostatic discharge (ESD).

Fun Fact: the human body can hold up to 25,000 volts of static electricity at any given time.

The term “grounding yourself” refers to the removal of static electricity by touching or otherwise coming into contact with metal. Rather than having the static electricity flow through you, it travels through the metal where it’s safely dispersed.

How To Ground Yourself When Installing RAM

There are several different ways to ground yourself when installing RAM, one of which is to keep one hand on a metal part of the computer’s chassis. Before touching the memory, find an unpainted metal (not plastic) piece. As long as you keep one hand on this metal, you won’t be able to deliver ESD to the RAM nor any other components.

Another way to ground yourself is to wear an anti-static wristband, which are sold for as little as a couple of pounds a piece on Amazon. You simply place the band on one of your wrists, and then connect the corded clip to any electrical device with a metal ground pin. For added protection, you can wear an anti-static wristband and place a hand on a metallic component inside your computer’s chassis.

Previous: Google Fiber Offers 1 Gbps Internet Speeds
Next: 5 ways To Free Up RAM on Your PC