When you are getting ready to do a presentation or preparing a document for your company, it will require hard work. In addition, to creating the document for your presentation, you are going to have to print and save the document to your computer. Ensuring that your printer is up to the job of printing large documents is imperative, increasing the printers memory will enhance the performance of the printer. If the printer job, for instance, goes beyond the printer’s capabilities, then you will notice problems from the beginning. This could range from output failures to defective printing.

You can make the troubleshooting process simple by paying attention to the common systems of a printer that is starved of memory. To do so, you should look first for error messages. On the PostScript printer, error messages will come on the screen. However, messages will also be generated as printed messages. You may see terms like ‘limit check’ or ‘vmerror.’ Pages may come from the printer with specific codes, which may appear as if it is a combination of programming language and English language. Printers that don’t come with built-in PostScript processors are inclined to show messages on screen that indicate an incompletion of the print job.

When a print job is sent to a laser printer and the job is too large for completion, the printer may print as many pages as it is able to and then printing stops because the printer has run out of memory. For that reason, you will get partial pages. The printer may stay in limbo where you have to either unplug it or shut it off to reboot.

You might also be able to recognize specific components that result in the out-of-memory status. For example, a complicated graphic appearing on paper could be an easy identification. While the printer is receiving the complete data set that comprises of high resolution images from the page layout that contains multiple bitmaps, it may stop short of printing the image that is the largest within the document. 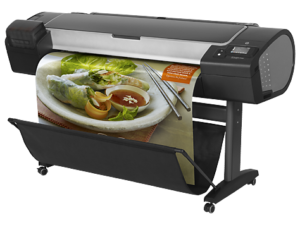 In several cases, the printer memory issues may be caused by the appearance and vanishing of print jobs in the listing of output projects without being shown on paper. This may be due to the printer being stuck and placed in a queue of pending jobs. You can opt to delete and start over. Be aware, though, that in many cases, the problem may not be resolved unless the root cause for the interruption is tackled first.

When your printer does not have enough memory to finish a printer job, you can opt for short term or long term measures to deal with the issue. However, in the grand scheme of things, you may need more printer memory to ultimate fix the problem.

Previous: Container Technology and Memory
Next: Why upgrade to an SSD?