Home / Technology / Skylake Will Bring DDR4 to the Mainstream

Skylake Will Bring DDR4 to the Mainstream

Now that Intel’s Skylake processor has come galloping out of the clouds, we’re hearing that DDR4 RAM will be entering the mainstream computing market. So what is Skylake and what does it mean for the next computer you buy? 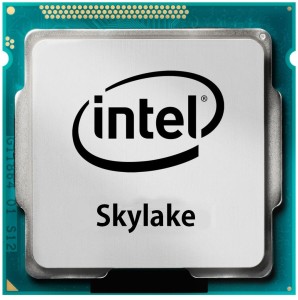 Officially released in processors starting in August 2015, Skylake represents a lot of changes in architecture. The improvements most noticeable for the average user will be in power usage, image handling, and speed in some areas. The first thing to know, however, is that this isn’t really an upgrade – between its support of DDR4, the LGA1151 socket, and the need for the latest version of Windows 10, you’ll likely be moving to Skylake when you’re ready for a new machine altogether.

Its thermal design power reduces overall power usage in machines from servers right down to ultraportables. At the big end of the spectrum, this will mean less heat generated and less power required to cool. Down at the other end, users can expect a noticeable increase in battery life, although Intel’s claims of a full 30 percent more might be a bit of a stretch.

Skylake’s Speed Shift technology is a new way for the processor to handle multiple requests, allowing it to communicate directly with the operating system – new versions of Windows 10, anyhow – to take over during moments of high demand and passing responsibility back when things calm down. This tech serves to speed things up a bit and is another way it keeps power usage down.

Camara buffs who rely on a laptop will get a noticeable boost from Skylake. Keep an eye out soon for computers equipped with Core m3, m5, and m7s ­– the Skylake variant for mobile – as these will be able to handle input from two cameras at once, and users should see an improvement in all areas of image handling.

Skylake officially supports only DDR4 and DDR3L RAM, so this pretty much means…get ready: we’re all going DDR4 in 2017.

Previous: DDR4 Server RAM Will Put You Ahead of the Curve
Next: A Dell Memory – A Personal History