FBI Says Hack Attack Would Work on 90% of Cyber Infrastructures

The recent attack on Sony Pictures has prompted a new focus on the subject of cyber security. Last month, unknown hackers claiming to be the “Guardians of Peace (GOP)” infiltrated Sony’s servers, stealing over 100 terabytes of sensitive data, including social security numbers, financial documents, private email correspondences between company executives, and even full-length movies that haven’t been released to theaters. 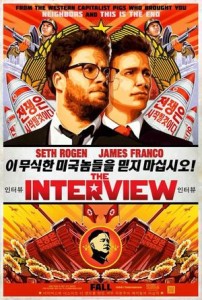 This attack wasn’t some random cyber attack conducted by a person. It was a well-orchestrated attack that’s arguably one of the worst privacy breaches of all time. In fact the Federal Bureau of Investigation (FBI) recently said that the attack would have slipped passed 90% of current Internet defenses in place. This is a shocking statement that attests to the need for greater cyber security.

“In speaking with Sony and separately, the Mandiant security provider, the malware that was used would have slipped or probably got past 90% of internet defences that are out there today in private industry and [would have] challenged even state government,” said Joseph Demarest, assistant director of the FBI’s cyber division.

Surprisingly, we still don’t know who exactly was behind the Sony hack attack. There’s little-to-no information on the Guardians of Peace (GOP), and no other major organization or country has stepped forward to take credit for the digital attack. With that said, some experts believe the culprit is North Korea, who already voiced its displeasure with Sony’s upcoming comedy film The Interview.

So, what is the U.S. government doing to prevent a second hack-attack episode? In the wake of this breach, the U.S. Senate passed a bill which aims to create a series of standards for protecting key infrastructures – telecommunications, energy, water treatment, etc. – from malicious cyber attacks. Dubbed the Cybersecurity Act (S. 1353), it’s strictly voluntary, meaning the governing bodies responsible for managing the facilities will have the option to either follow or ignore the standards. It’s important to note, however, that the Cybersecurity Act must still pass the House of Representatives before it’s signed into law.

There are some steps business owners and the general public can take to protect themselves from cyber attacks, one of which is to keep your software update. This includes operating systems, programs, applications, and web-based software. Also, use both a virus scanner and a firewall when accessing the Internet. And if you’re still concerned about the potential for a cyber attack, contact a cyber security agency.

Chris's engineering degree has brought his exceptional technical knowledge to the world of memory and anything computer related. Our resident expert of the team loves nothing more then getting his teeth into the technical nitty gritty. Yawn, yawn I hear you all say. Loves to game (can do a 360 no scope headshot!) - Once met Kylie Minogue - Is campaigning for our next premises to be closer to that famous Scottish restaurant (McDonalds). Email - chris.c@offtek.co.uk
Previous: HP’s Super Computer Expected To Debut In 2016
Next: Static vs Dynamic RAM: What’s The Difference?