What Is Non-Volatile Memory Express?

Solid State Drives (SSD) are becoming more and more common in modern-day computers. Since they retain data even when powered off, booting up a desktop or laptop with an SSD is significantly faster. While most people are familiar with SSDs, however, a lesser-known piece of computer hardware that’s slowly but surely gaining ground is non-volatile memory express (NVMe).

Developed by several major vendors of computer hardware – Intel, Samsung, Dell, Sandisk and Seagate – NVMe is a special type of communications protocol used in conjunction with SSDs. It follows in the footsteps of protocols like SCSI and SATA, utilizing memory-based storage for a superior level of speed and performance. 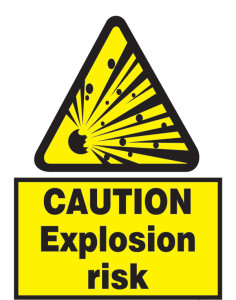 So, what are some of the benefits of NVMe? According to PCWorld, this revolutionary type of memory requires just a single message for all transfers consisting of 4KB, whereas other forms of memory require two. Furthermore, NVMe can process multiple queues – up to 65,536 of them! That’s in stark contrast to traditional memory that can handle just one.

One of the drawbacks to SSD is its legacy storage buses. Traditional ATA and SAS drives have more than enough bandwidth to meet the user’s need. Due to its fast speed, however, SSD drives often run out of power. NVMe may offer a solution to this problem, as the non-volatile memory will give SSDs a much-needed boost.

While NVMe is still in the early stages of being rolled out, Intel just recently launched a new line of NVMe-based Solid State Drives. Slashdot.org reports that it’s the first products to feature NVMe technology.

“Today, Intel took the wraps off new NVMe PCI Express Solid State Drives, which are the first products with these high speed interfaces, that the company has launched specifically for the enthusiast computing and workstation market,” wrote Slashdot.org. “Historically, Intel’s PCI Express-based offerings, like the SSD DC P3700 Series, have been targeted for datacenter or enterprise applications, with price tags to match. However, the Intel SSD 750 Series PCI Express SSD, though based on the same custom NVMe controller technology as the company’s expensive P3700 drive, will drop in at less than a dollar per GiB, while offering performance almost on par with its enterprise-class sibling.”
Intel isn’t the only company dabbling in the field of NVMe. As reported by PCWorld, vendors predict that the market will be flooded with NVMe by the end of the year.

Previous: A Look Back at The History of RAM
Next: Apple 1 Computer Up For Sale On eBay