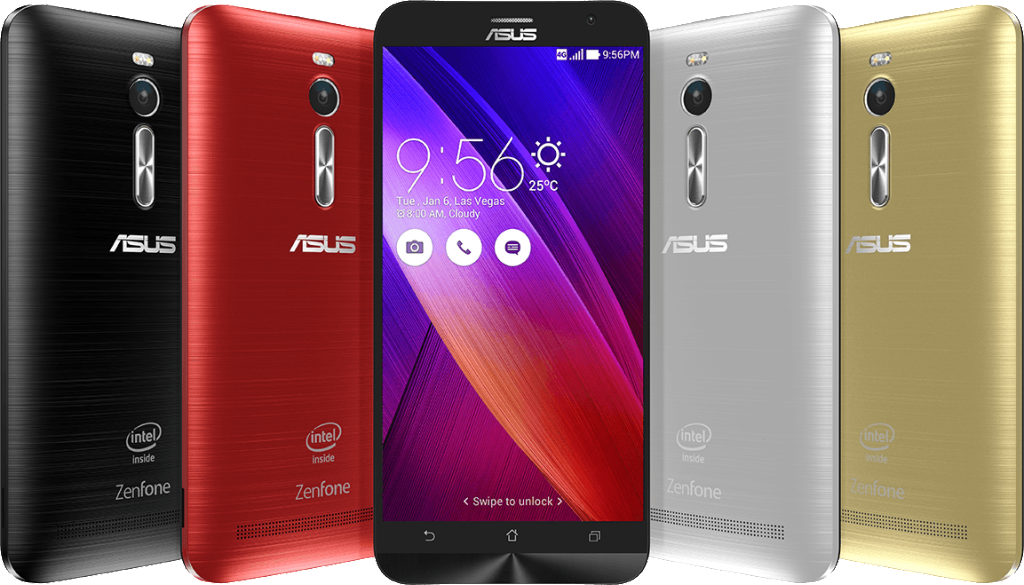 Think your smartphone is a multi-tasking machine with its 2-3GB of memory? Well, there’s a new Android-powered handset scheduled to launch in May that reportedly boasts a jaw-dropping 4GB RAM, which is more memory than any other smartphone on the market.

The Taiwanese-based computer company ASUS unveiled its new flagship smartphone at the Consumer Electronics Show (CES) in Las Vegas, Nevada earlier this month. The Asus ZenFone 2 follows in the footsteps of its predecessor, delivering a well-built, ergonomic device with a highly competitive price. Unlike the   ZenFone 6 and ZenFone 5 (earlier models), however, the ZenFone 2 features high-end specs to a superior level of performance.

To put the power of the ZenFone 2 into perspective, Asus claims the combination of its 64-bit processor and 4GB RAM can deliver 7x faster gaming performance than earlier ZenFone models. That’s a pretty bold statement that should catch the attention of anyone who regularly plays games on their smartphone. 4GB is an incredible amount of memory for a smartphone, so we can only image the power behind the ZenFone 2.

“ZenFone 2 is powered by an up to 2.3 GHz 64-bit Intel Atom processor Z3580 and has 4 GB RAM to deliver up to seven times (7X)* faster gaming performance, so you’ll enjoy slick web surfing, smooth video playback, great gaming experiences and multi-tasking that doesn’t leave you waiting,” wrote Asus in its description of the ZenFone 2.

Furthermore, Asus claims the ZenFone 2 will charge from 0-60% in just 39 minutes thanks to its ultra-charging technology. There’s nothing more frustrating that having your brand new smartphone constantly die due to poor battery life. Some of the market’s leading devices suffer from this problem, including various Samsung Galaxy models. However, the ZenFone 2 aims to solve this issue by offering long talk times paired with fast charging technology.

The Asus ZenFone 2 will launch in March, starting at $199 for the 16GB model.

What do you think of the Asus ZenFone 2?

Chris's engineering degree has brought his exceptional technical knowledge to the world of memory and anything computer related. Our resident expert of the team loves nothing more then getting his teeth into the technical nitty gritty. Yawn, yawn I hear you all say. Loves to game (can do a 360 no scope headshot!) - Once met Kylie Minogue - Is campaigning for our next premises to be closer to that famous Scottish restaurant (McDonalds). Email - chris.c@offtek.co.uk
Previous: Microsoft Takes a Shot at Google Glass With ‘HoloLens’
Next: Troubleshooting ‘Out of Memory’ Error Message In Windows