When it’s not tweaking and optimizing its search engine, Google is busy developing new gadgets, or in this case a driverless car. Known as as the “Google Self-Driving Car,” this project was launched several years ago with the purpose of creating a safe, fully functional autonomous vehicle that operates without the need for a human driver. It may sound like science fiction to some, but there’s a good chance we’ll see Google’s driverless cars on the road in the near future.

On Monday, Google unveiled its first working prototype of a driverless car. The tech giant revealed a mock-up version of the vehicle back in May, but it wasn’t fully functional at the time. In June, a spokesperson for Google said the team was making progress on the navigation and control side of things, which is due largely in part to its use of the Google Chauffeur software. 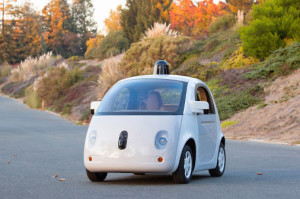 It’s safe to say that Google has been working around the clock in effort to complete its driverless car – and it’s quickly approaching the finish line. From the headlights and brake lights to steering, braking and navigation, all of these systems appear to be functional.

According to the Belfasttelegraph, Google’s driverless cars are expected to begin trial runs in the UK starting this January. This project is part of the Department for Business, Innovation and Skills’ larger plan to curb auto-related fatalities and injuries. Approximately 2,175 U.K residents lost their lives as a result of automobile accidents in 2012. Officials hope the introduction of driverless cars will curb this number by removing the potential for human error.

“Today we’re unwrapping the best holiday gift we could’ve imagined: the first real build of our self-driving vehicle prototype,” wrote a spokesperson for the Mountain View company in a Google Plus post. “The vehicle we unveiled in May was an early mockup—it didn’t even have real headlights! Since then, we’ve been working on different prototypes-of-prototypes, each designed to test different systems of a self-driving car—for example, the typical “car” parts like steering and braking, as well as the “self-driving” parts like the computer and sensors.”

While news of the working driverless car prototype is gaining attention around the world, it’s always raising some safety concerns. Without a person behind the wheel to control the vehicle, what happens if the control/navigation system fails? There’s no such thing as a “perfect” on-board computer, and even small bugs and errors could result in potentially deadly traffic accidents. Another concern regarding the use of Google’s driverless cars is liability. Who’s responsible for an automobile accident when the system experiences an error? These are just a few of the many questions being raised by officials and drivers alike.

Chris's engineering degree has brought his exceptional technical knowledge to the world of memory and anything computer related. Our resident expert of the team loves nothing more then getting his teeth into the technical nitty gritty. Yawn, yawn I hear you all say. Loves to game (can do a 360 no scope headshot!) - Once met Kylie Minogue - Is campaigning for our next premises to be closer to that famous Scottish restaurant (McDonalds). Email - chris.c@offtek.co.uk
Previous: Static vs Dynamic RAM: What’s The Difference?
Next: Google To Launch Modular Smartphones In 2015