The memory modules below are 100% compatible with your Acer Aspire 3230 Desktop. Not your model? View the complete range of Acer Desktops or view all Acer upgrades here. 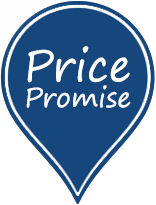 Quick Specs for your Acer Aspire 3230

You should also determine how much memory you already have installed and in what configuration. These useful links should explain how to do this:

Although the memory can be installed one module at a time, the best performance comes from using matched pairs of modules.

Memory is one of the simplest upgrades that you can perform on your computer. To make it even easier our support team have created both installation videos and a written guide for you to follow.

Should you have any issues with your installation please see our FAQ page or contact our support team via live chat or at support@offtek.co.uk.

What does Trace Cache mean?

As modern applications demand ever greater performance, designers of microprocessors are having to create increasingly powerful fetch mechanisms to deliver a growing amount of instructions per cycle to the execution core.
Filter Products
1 Matching Upgrades

For Illustration Purposes Only

Want it by Tuesday?
Order by Monday 16:00 and select Express Delivery.

Want it by Tuesday?
Order by Monday 16:00 and select Express Delivery.

All OFFTEK memory is backed by our full lifetime warranty. We obsess over our products so you do not have to. Our team constantly strive to ensure that all our memory is of the highest quality but should you ever have any issues with your purchase you have the peace of mind that you can return your product for a replacement if the need arises.

We have close relationships with all of the top tier RAM memory manufacturers which enables us to provide a constant supply of the highest quality products. This in effect means compatible, reliable RAM and most importantly great prices, all backed by a limited lifetime warranty. If you require a specific brand of memory then please do not hesitate to contact one of our sales team. 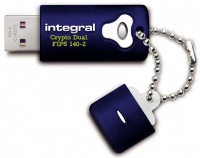 The History Of Gigabyte Technology

The Taiwanese computer hardware manufacturer Gigabyte Technology Ltd ships its products all around the world on a huge scale. The company is primarily concerned with production and retailing of motherboards and once shipped almost 5,000,000 motherboards in just three months, such is the scale of their business.

Gigabyte Technology was born back in 1986 and it was the brainchild of Pei-Cheng Yeh. The hardware produced by the company has a reputation for its durability, particularly when talking about their motherboards, which it markets today as ‘all-solid capacitors’. In 2007, they formed an alliance with Asus to develop the very first software managed power supply.

Apple Products
As well as being behind an intelligent technology that enabled Apple’s iPhones and iPads to be charged via the computer, they also launch a motherboard featuring an integrated mSATA interface for smart response tech and Intel SSDs known as the Z68.

The Modern Era
Gigabyte in the modern day manufactures both Intel and AMD motherboards, as well as notebooks and graphics cards. In this respect, they are known by their industry brands Nvidia GeForce and Radeon. They also have many of their components used in products made by Falcon Northwest, Cybertron PC, Origin PC and Alienware.

Over the last 31 years, the company has been involved in the production of a wide array of electronic hardware including:


Global Service Centres
Gigabyte is a company with a high reputation for customer service as well and they provide this through hundreds of global partners that act as service centres for their customers to visit in the event of an issue. Their ethos is to solely stay ahead of customer needs and always deliver in the areas that are most important to the people they serve.

Standing in Gaming
Their position as a cornerstone of the computer manufacturing world is well founded, as they have a hand in many areas of the industry, including gaming.

The AORUS line of gaming motherboards come with quite an impressive set of specifications:


Computer based gaming has never been more popular and the AORUS brand is known as a premium one by serious gamers. Something they have achieved as they reveal, by listening to the needs of gamers and by creating ‘marvellous products’.

Can’t really argue with an ethos like that, can you?

If you are looking to place a quantity order or are buying on behalf of the public or private sector then please contact one of our designated account managers who will be able to deal with your requirements in more detail.

Unsure on your current memory specification or looking to purchase in quantity?
For any queries you may have please contact one of our experienced Memory Specialists via one of the following methods and they will ensure that any issue is resolved immediately and effectively. 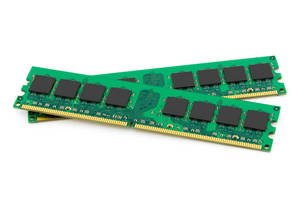 Offtek provides matched upgrades for new and legacy machines. Every one of our RAM modules are tested to ensure that not only are they compatible with the machine but also that they perform in a wide range of different environmental conditions. This allows us to back our modules with a limited lifetime warranty.

Established in 1996, OFFTEK is trusted by many of the UK's best known household names as their number ONE source for ram upgrades. 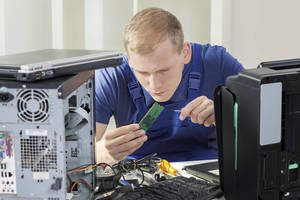 Misson critical or movie night we have your upgrade sorted

Our team is made up of memory specialists with an average of 9 years experience in the RAM industry. We offer upgrades for not only the latest machines on the market but just as important those legacy machines that you need to keep running.

RAM is extremely important in ensuring your machine operates at its optimum performance. Our upgrades ensure that your computer will be performing at its best for years to come.
Read More

Technical Staff with Over 9 years of experience

We have dedicated and highly trained experts with an average of 9 years experience. They are here to help you from purchase through to installation. We use a number of contact methods so you can speak to one of our specialists with ease.

We offer FAST FREE UK Delivery on all orders with 96% of orders dispatched same day. For those that cannot wait we also offer faster delivery options including next day.

Not 100% happy with your order then return it to us under our No Quibble 60 Day Money Back Guarantee. Worried you might have made the wrong choice? With our no quibble return policy you can send it back to us and get a full refund up to 60 days after you've received your order. Whether you've picked the wrong product or just changed your mind you can send your order back to us and you'll get all your money back.

Our Price Promise commitment means that you can buy from us with confidence.

Our team works hard to ensure that you not only have peace of mind in the fact that the memory you order is 100% compatible but that our price is also the lowest for that product.

We check our prices daily against all our competitors to ensure that you are getting the best deal.

We have dedicated and highly trained experts with an average of 7 years experience. They are here to help you from purchase through to installation. We use a number of contact methods so you can speak to one of our specialists with ease.

Feel confident that your memory will last a lifetime. Our limited lifetime warranty guarantees that if your memory should ever fail we will replace or repair the product free of charge provided that it is still manufactured. Please note that the lifetime warranty refers only to memory modules and not flash memory or storage products. Please see the individual 'product details' for warranties specific to each product.

Every memory product matched specifically to your machine is individually tested to guarantee reliability and 100% compatibility with your computer and operating system.

Offtek has been supplying memory online since 1997 with over 500,000 happy customers. Well, maybe the odd one does'nt like us ;)

We have always been passionate about providing our customers with the tools and information to update their systems in the simplest manner. Early in 1996 we took on the challenge to find the type of memory compatible with every computer ever built. Hence our first memory configurator was born. Our constant daily updates allow our customers to easily select the correct memory for their machines and that objective is as important today as it was when the idea was first broached across a kitchen table in central Birmingham

As one the largest memory distributors in Europe, our large stock holding allows us to offer next day delivery on a wide range of products.

If you have no need for your old memory after you have upgraded to one of our larger/faster modules, we will recycle this for you free of charge under the WEEE directive.

There is no configuration, no sitting around waiting for things to update and backup. It is simply plug and play! By adding more Ram memory into you laptop, desktop or server you will be doing the following: Adding memory is the easiest upgrade available for your machine for the best increase in performance. If you are unsure on how to upgrade your machine no problem take a look at our detailed guides on how to install your new Laptop or Desktop Memory upgrade. 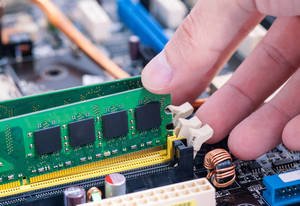 Fill in the form below if you have seen a product cheaper elsewhere and we will respond via email within 24 hours.

This form allows you execute your right to be forgotten. You have the right to object to our use of your personal data, or ask us to view, edit, remove or stop using it if there is no need for us to keep it.

In order to comply with your request, we may ask you to verify your identity.

If you request removal of your personal information, we may as detailed within our Privacy Policy be required to retain some of your data for a minimum period.